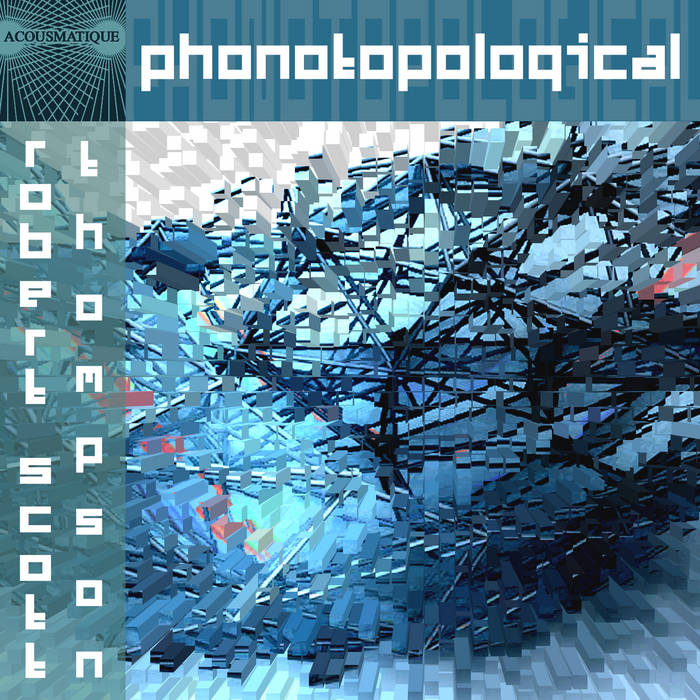 My first major work of electronic music was from 1976. This was composed using a large Moog Series III synthesizer and two 4-channel tape recorders. For several years, up to 1981, my work in electronic music used this setup or a similar system often augmented by the ARP 2600 or Synthi AKS and other tools found at the various studios in which I was working. This particular early composition objet d’art is a long-form work, more than an hour in duration and in five large sections or movements. The original recording still exists, but it has not yet been restored and is not commercially available.

Since that time, I have often returned to the long-form conception for music of this type – modernist, experimental electronic music. The obvious parallel is instrumental symphonic music - music of large-scale extension, depth and development. Originally, my inspirations were drawn from progressive rock – Thick as Brick, Close to the Edge, Supper’s Ready – and distinctly the work of numerous modern electronic groups and composers (such as Tangerine Dream and Morton Subotnick) who have often worked with forms of symphonic proportions.

An earlier work of this type is The Strong Eye, composed and recorded in 1991 at the studios of the Danish Institute of Electroacoustic Music. This earlier recording, a suite of nine movements, combines the transformation of acoustic sounds (instrumental performances of flute, piano, ‘cello, percussion, and vocal sounds) with environmental sounds and purely synthetic sounds created in various ways including frequency modulation, and analysis-based additive synthesis and physical modeling. The blending of the acoustic and the synthetic – the real and the imaginary – has been a guiding idea of a number of my works of this type.

Numerous other long-form works are available on recordings including Solace (2012), De-Re-Construction (2015), Paradise Garden of Shiramizu Amidado (2015), Grey Blanket Drops and the World Reduced to Arm’s Length (2014), Precession (2014) and Parasympathetic Music (2013) among others.

Phonotopological is comprised of 13 large sections created from 125 complex sub-elements. Each one of these sub-elements, themselves created from a number of individual sound sources, is used only once in the work. Relatively continuous in sound, the composition has a clear formal design of contrast and internal development.

From a technical point of view, the work could best be described as acousmatic. Sound elements are often obscured from their acoustic origins due to significant transformational processing and re-contextualization. All of the sound sources are originally acoustic, and some of these sources are elaborated with resonance filtering techniques that imbue them with an electronic sonic tinting. While the work is created in stereo, many of the elements are spatialized on both moving sound paths and in static positions using ambisonic techniques. Tools used include Metasynth, Csound, Trajectory, Sound Particles, and Spat Revolution, among others.

Acousmatique is a record label from San Francisco, California that is focused on publishing and promoting the best contemporary music by artists from around the world. Follow the label for new publications in the Acousmatic, Electroacoustic, Immersive Audio, Musique Concrete, and West Coast music genres. Check out the full catalog at
acousmatique.bandcamp.com

Bandcamp Daily  your guide to the world of Bandcamp

outré black metal, with a Victory Over the Sun interview and music from Liturgy and Jute Gyte.